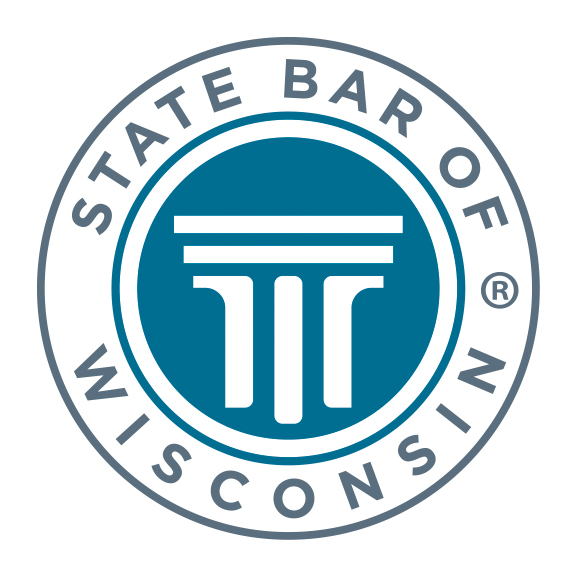 Ms. Dimmer received her undergraduate degree from Marion University in Organizational Communications, with a minor in Values Based Leadership.  In 2008, she started at Society Insurance as a multi-line adjuster in the PAL Claims Department.  By 2013, she was working with others at the company to develop its Medicare Compliance Program.  And in May of 2015, Ms. Dimmer transitioned to become the full-time Compliance Analyst in the PAL Claims Department.  In that role, she is responsible for compliance training and technical support to all adjusters, as well as management, in regards to Medicare Compliance Best Practices.

Charles Domer exclusively practices Wisconsin workers’ compensation law, representing only injured workers.  His advocacy earned him recognition in Best Lawyers in America and in Wisconsin Super Lawyers.  He is co-author of West’s treatise Wisconsin Workers’ Compensation Law.  Charlie regularly makes presentations on worker’s compensation topics for other lawyers and students (including lecturing at Marquette Law School, UW-Milwaukee, UW-Madison).  Professional organizations membership includes the Workers Injury Law & Advocacy Group (WILG) (2015-2016 Executive Committee), the Wisconsin Association of Workers’ Compensation Attorneys (2014 president), and the American and Wisconsin Association for Justice.  Charlie is a founding Board member of Kids’ Chance of Wisconsin, a non-profit providing scholarships for the children of seriously injured workers.  Charlie’s educational allegiance is to the Badgers.  He received a B.S., with honors, as a Phi Beta Kappa, from the University of Wisconsin-Madison.  He earned his J.D. from the University of Wisconsin-Madison, graduating magna cum laude, and a member of Order of the Coif.

Aaron has legal practice experience in the areas of workers’ compensation, personal injury and Medicare/Medicaid compliance.  He has been licensed to practice law in Minnesota since 2002, as well as Wisconsin starting in 2008.  In addition to working on highly regulated matters, Aaron has litigated countless cases and founded a compliance consulting firm where he helped numerous individuals from diverse backgrounds across the United States.  His passions also include assisting low-income persons via pro bono legal representation.  He received a Bachelor of Arts degree from St. Cloud State University and a Juris Doctorate from William Mitchell College of Law in St. Paul, MN. Aaron Frederickson, Direct Dial: (651) 485-7036 E-mail: aaron@mspComplianceSolutions.com.

Prior to joining Society, she held positions in-house with TrueBlue, as Senior Corporate Counsel, and with West Bend Mutual Insurance Company, as Senior Trial Attorney.  She has also served as an adjunct, associate professor of law at Marquette University Law School.  Attorney Goyette has had the pleasure of providing the industry and legal community with written and oral presentations on Medicare Secondary Payer compliance in the past, including at the following events: Marquette University Law School’s Annual Civil Litigation and Evidence Conference (March, 2014); State Bar of Wisconsin’s 2010 Annual Convention and its 36th Annual Torts Update (2014); Wisconsin Defense Counsel’s Annual Conference in 2013 and in 2010, its Spring Conference in 2010, and its Winter Conference in 2009.  Her written material provided for the State Bar of Wisconsin’s 2010 Annual Convention was selected for publication, as an Appendices, in Arnold Anderson’s Wisconsin Insurance Law, Sixth Edition. In addition to these program presentations and publications, Attorney Goyette was an active member of the MARC Coalition and in that role worked on promoting Medicare Compliance legislation, including the SMART Act. In her free time, Attorney Goyette enjoys spending time “out of doors” with her family and promoting social justice issues.

Ms. Springstead’s current practice is focused on defending worker's compensation claims for the insurance industry and self-insured employers, along with handling health care subrogation and Medicare issues.  Prior to joining Lindner & Marsack, Ms. Springstead was an associate at Cermele & Associates, S.C. where she represented law enforcement officers in worker’s compensation claims, grievance appeals, citizen complaints, first amendment issues and claims under the FMLA and FLSA. Ms. Springstead received her law degree from Marquette University Law School where she also earned a Certificate in Dispute Resolution and her undergraduate degree from the University of Illinois where she double majored in English and Speech Communication. Ms. Springstead is licensed to practice law in the State of Wisconsin and is admitted to practice in the United States District Courts in the Eastern District of Wisconsin.  She is a member of the Wisconsin Bar Association, the American Bar Association (ABA), the Milwaukee Young Lawyers Association (MYLA), the Wisconsin Association of Worker’s Compensation Attorneys (WAWCA), the Milwaukee Insurance Adjusters Association (MIAA), the National Worker’s Compensation Defense Network (NWCDN) and the National Association for Subrogation Professionals (NASP).  She is also currently the Treasurer of the Wisconsin Association of Worker’s Compensation Attorneys and Secretary of the Wisconsin Worker’s Compensation Forum Board. Ms. Springstead is a frequent speaker and lecturer on worker’s compensation and Medicare topics and also provides training to employers and insurance carriers in these areas. She is a member of the Lindner & Marsack worker’s compensation defense team which received a ‘first tier’ ranking by U.S. News and World Reports and she was has been named as a “Rising Star” by Wisconsin Super Lawyers, published by Law & Politics from 2013 to the present.  Attorneys chosen as “Rising Stars” undergo an extensive peer review process and constitute the top 2.5% of attorneys in Wisconsin under the age of 40.